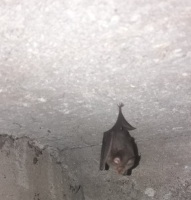 European Bat Night is celebrated every year in more than 30 countries, according to the Agreement for the Conservation of Bats in Europe (EUROBATS), which entered into force for Bulgaria in 1999, and this happens through a series of conservation activities and public events.

Bats play an essential role in maintaining balance in nature. They feed on insects that can be dangerous to humans and crops, with some species able to eat 1,000 mosquitoes per hour.

On the territory of the "Rila Monastery" Nature Park, 15 species of bats have been established so far, which is 50% of the total number of their species in the country and 45% of that in Europe. Among them are 7 species of globally endangered bats